Every year, OpenCon is able to reach a wide number of people from around the world due to satellite events: local meetings about Open Access, Open Data, and Open Education that are held in partnership with our main global meeting.  Satellite events are organized by incredible students, librarians, researchers, and advocates who volunteer their time to put these meetings together.   Last month, we highlighted some of the people that are behind these awesome events.  For November, we wanted to share a few more exciting events that will be happening soon - or have happened recently - on our blog!

I work in Member & Community Outreach at Crossref - we work with lots of OA publishers  and make metadata openly available (via our API and Open Funder Registry) for people to build on and use. I’m co-hosting with Josh Brown, Regional Director for Europe for ORCID whose core principals are around openness and community so it seemed a good fit! Oh, and we both love identifiers... 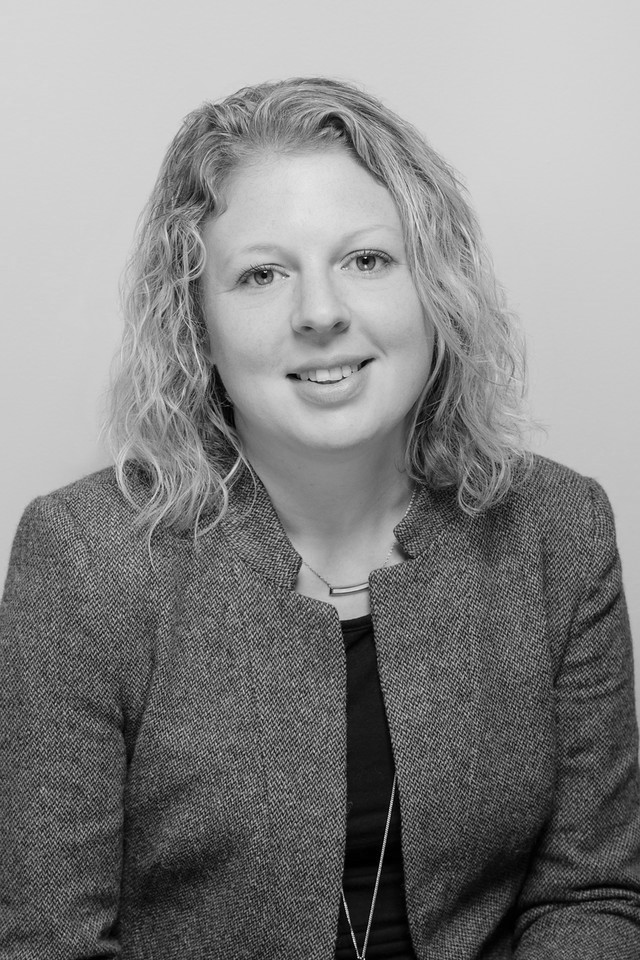 We’re holding a free satellite event in Oxford, UK on the afternoon of 18th November at the Oxford Centre for Innovation. We’re interested in discussing the key themes from the 2016 OpenCon conference, give some updates on what Crossref and ORCID are working on and have some great guest speakers lined up, including Matthew Dovey, Head of Research Technology at JISC. The event is open to anyone who’s interested in discussing issues around openness -researchers, librarians, research administrators and people from the publishing industry. The event will be pretty informal with lots of time for questions/discussion, and importantly, we’ll provide tea, coffee and snacks and encourage attendees to stick around afterwards and join us for a drink in Oxford. We’re looking forward to it!
To read more about OpenCon 2016 Oxford, click here.

I am student at Abdou Moumouni University in Sociology and Anthropology Department of Niamey (Niger) where he is doing his Master. I am also a member of SOHA (Open Science in Haiti and Africa French speaking countries) - a project leading some training activities on open science.  I am currently working on a project on creating a science shop at my university. I am interested in open science and the social responsibilities of researchers. 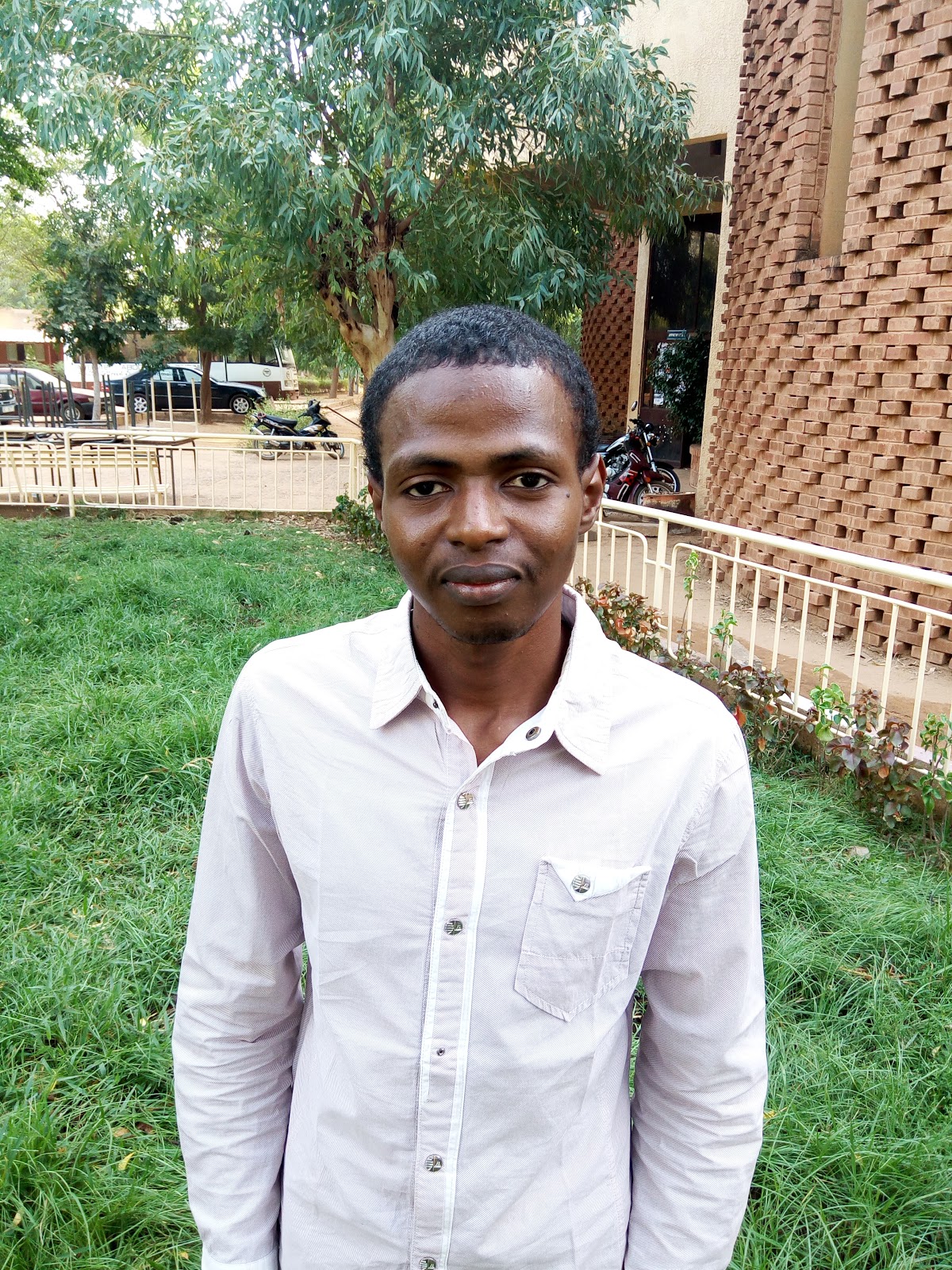 OpenCon 2016 Niamey was launched just four days before the end of Open access Week. Florence Piron, Professor at Laval University asked me if we are doing something here in Niger to celebrate it. So, I write an email to my colleague, Florence Piron and Thomas that appreciated my idea to do like Cameroonian.

About 60 students attended OpenCon 2016 Niamey. The main objective was to discuss with participants on designing the national politics of open access by exploring the concept of cognitive injustice. Here is the summary of the income:

I am an agricultural research service scientist working as a plant physiologist and also convenor of the Open Access India community based at Ranchi. I was introduced to the concept of Open Access at the first national convention on free software in march 2007 at Hyderabad and since then I got involved in its advocacy first among my colleagues in the agricultural research service and then with all other researchers through the Open Access India network. I am convinced and strongly believe that only with free access to data, information and knowledge only we progress and build the future open world. 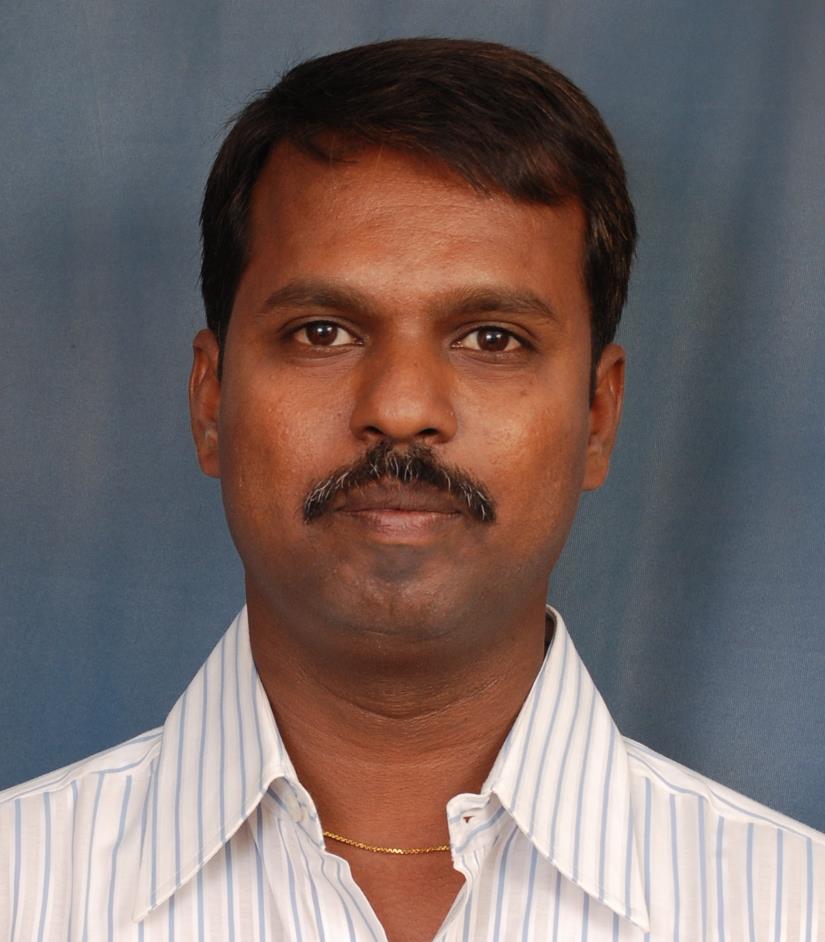 OpenCon 2016 Ranchi is the first satellite event that is taking place in Ranchi and is happening on the same day along with the global OpenCon. It will be a one-day event happening at the Ranchi University with the sessions on Open Access, Open Data and Open Education and also on the community movements happening in India and the world. Along with the local speakers, the outstation resource persons will also speak using the internet during the sessions. We are expecting to have about 50 or more students, research scholars and faculty members. The speakers while demonstrating and advocating Open Access, Open Data and Open Education, will also build a case for the establishment of institutional repositories at the universities, adoption of Open Access mandates and to consider alternate research assessment tools than impact factors. As we are also hoping that some of the faculty members who are on various editorial boards of the scholarly societies may also participate, we are having a special session on DOAJ. The OpenCon 2016 Ranchi is a sincere effort of the Open Access India community and the faculty of the Ranchi University. We are grateful to the Dean of Students Welfare and the Honorable Vice Chancellor of the Ranchi University for their kind facilitation.

I am currently doing a PhD at the Catholic University of Louvain. I am a member of Focus Research, the Belgian research policy group. I also used to promote Open Access in the dedicated working group of EURODOC. I am proud to have taken part in the writing of “The academic, economic and societal impacts of Open Access: an evidence-based review” with a friendly bunch of people from last OpenCon. The experience was such a success that a new project on peer review is on-going here (everyone is welcome). The flowering of Open Science needs scientific community to increase their requirements to: “Work. Finish. Publish and... Release.” 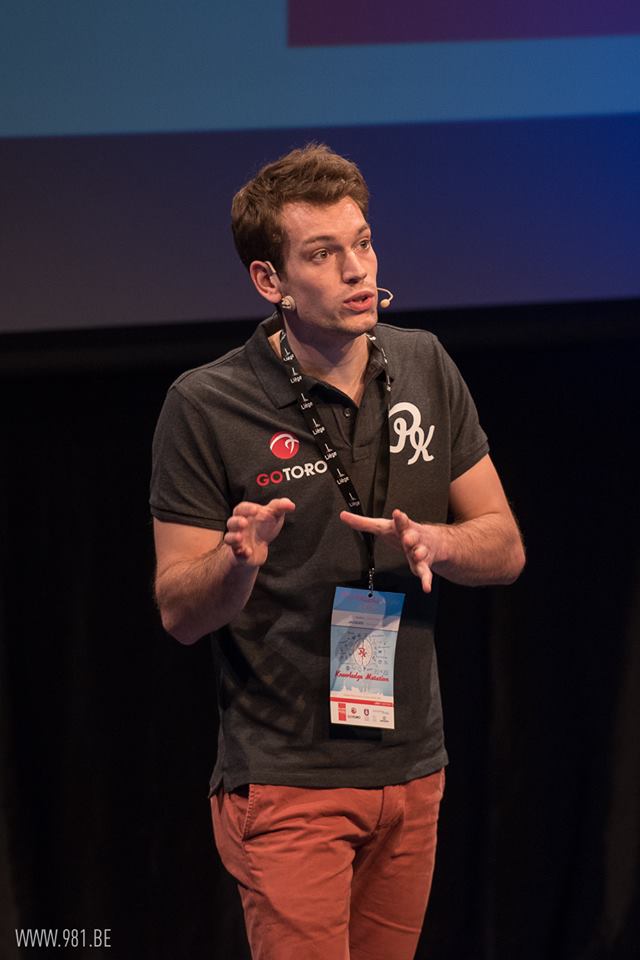 We have decided to incorporate the OpenCon satellite in one of our PechaKucha Night that I am organizing with an amazing team from the non profit organization GOTORO (www.gotoro.be). A PechaKucha is a special format of presentation, invented in Japan and used in over 900 cities in the world, with 20 slides and 20 seconds per slides (20x20). This concept gives concise, dynamic and to-the-point presentations. This event is organized with the “Scité” network that represent all the french speaking Universities in Belgium. We have 12 confirmed speakers that will talk about a broad variety of subjects such as the impact of Open Access on animal testing, the role of citizen science in biodiversity monitoring, the value of Open Data for mapping in times of humanitarian crisis or why a crowdfunding campaign might be the adequate tool to perform independent research. Bernard Rentier the father of the well known OA Liège model will be one of ours. A walking dinner will take place after the conference during which the public will be able to meet the speakers.

I am a member of Projet SOHA and the EIFL-Open Access Programme Country Coordinator in Cameroon.  I am the Coordinator of Open Access projects in Cameroon. I was selected as Young Leader of Cameroon by the French NGO “Libraries without borders” in partnership with “Bill and Melinda Gates Foundation” for my work and projects to advance Open issues in my country. Each year, i organized conference and workshop during Open Access Week in Cameroon to encourage researchers to publish their work in an Open Access publication. 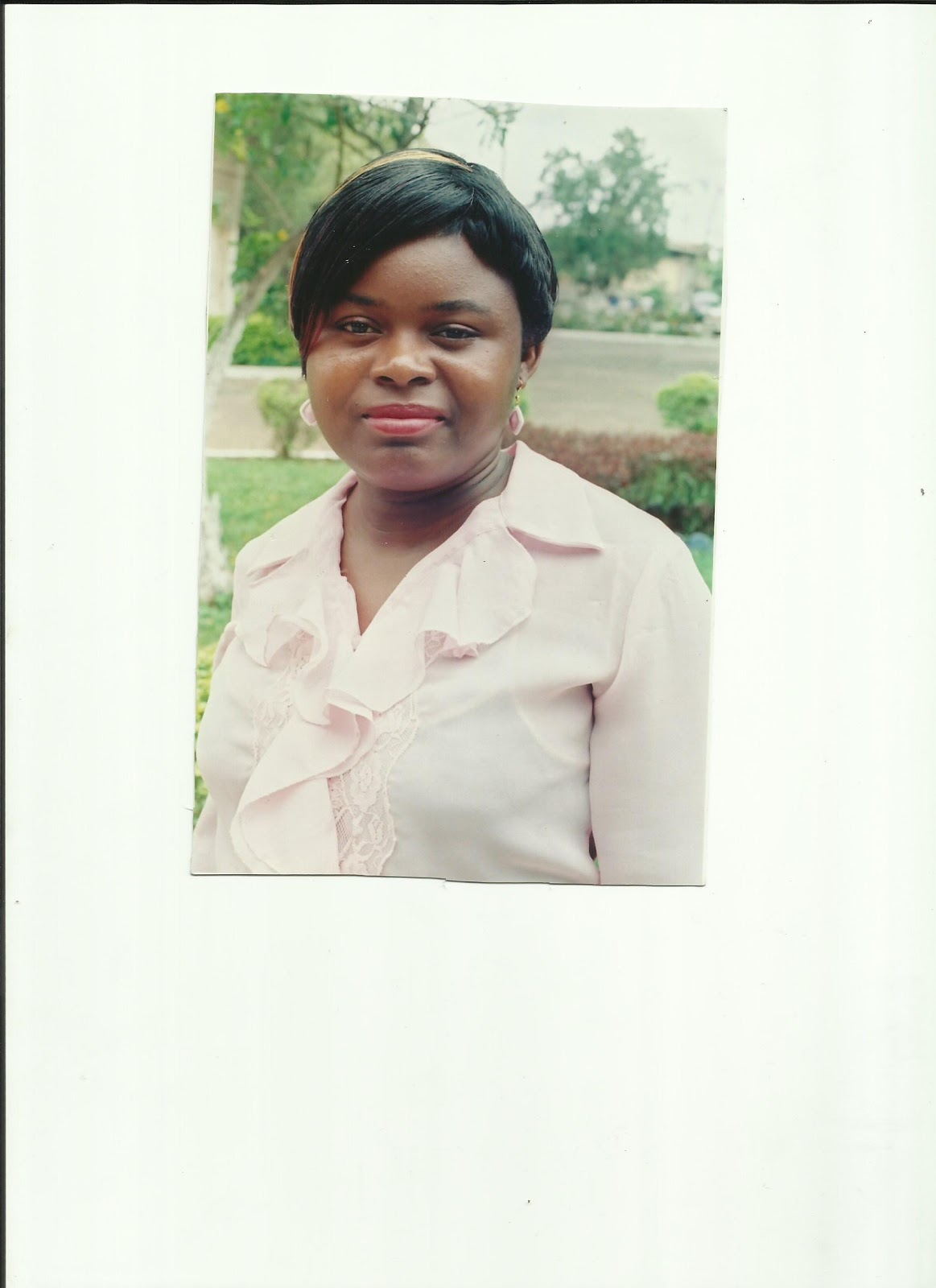 OpenCon 2016 in Yaounde, the first Satellite Event in this place, takes as its theme “Which action for Open Access in Cameroon?” It took place during Open Access Week 2016 at Goethe Institut of Yaounde on October 29. Our final programme included a talk by Uwe Yung, Niclaire Prudence Nkolo, Sophie Dibounje Madiba, Florence Piron, Thomas Mboa Nkoudou, Amine Amoa Idriss and Bertrand-Michel Mahini. Our target audience was researchers of different universities and research centers in Cameroon. Open Access is no longer well known by researchers. We wanted to sensitize them about the advantages of Open Access. 56 persons have attended the event coming from different universities and ministries.

I am an undergraduate medical student from Pakistan and the host of OpenCon 2016 Lahore. Since high school I had been interested in research as a need to quench my curiosities. I was interested in OpenCon, because it supports research by promoting the 3 “Open” concepts. 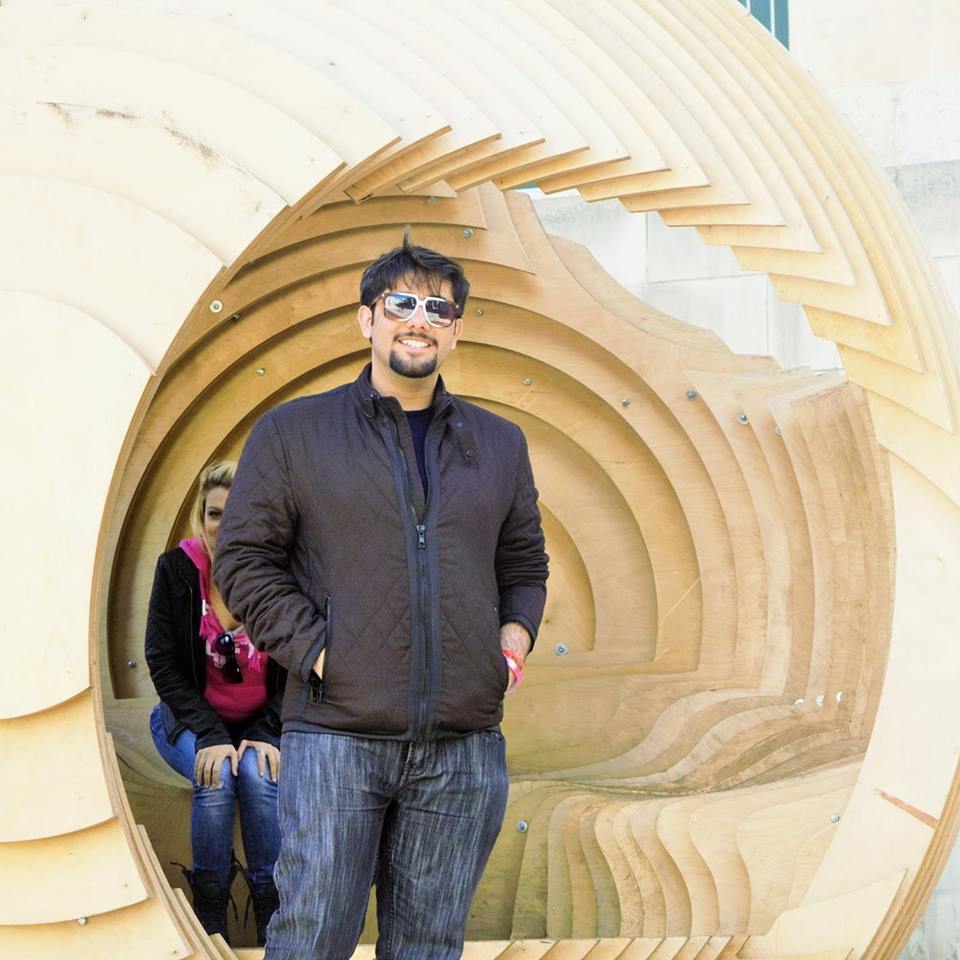 OpenCon Lahore was held on the 25th of August with the objective of promoting the Open themes and developing Open advocates. It was attended by more than 150 students, teachers and researchers. The satellite started with a motivational talk followed by a research training.  It featured workshops on Open Access, Open Education and Open data. It included the video recording of Jimmy Wales the founder of Wikipedia and a live interview of a PhD researcher. The day ended with a poster making and gifting activity on the OpenCon themes.

We wish to conduct future events as such to promote the concepts among professionals and students in the field!

Don't see an event happening in your region? It's not too late to host an event yourself! Read more about what is involved with hosting an event here (register at the form of the bottom of the page if you're interested in hosting).

Or - with OpenCon 2016 approaching this weekend, why not consider organizing a watch party? This involves getting a few friends, peers, or colleagues together to watch content about Open issues as a group. Because OpenCon 2016 Live consists of two days jam-packed with talks about Open Access, Open Data and Open Education, it is a great opportunity to host a local, live-streaming watch party! If you are interested in hosting an OpenCon 2016 Live watch party, please click the button at the bottom of this page to set up your event on our site!

If you have any questions, don't hesitate to e-mail lorraine(at)sparcopen.org for more information.