Meet some of OpenCon's Satellite Hosts for 2016!

Last year, OpenCon was able to reach 1500 people from all around the world because of satellite events: local meetings about Open Access, Open Data, and Open Education that are held in partnership with our main global meeting.  These events would not be possible without the hard work of our various volunteer hosts. So this year, we want to highlight some of the amazing work that’s been happening to make local discussion, progress, and education about Open issues happen in different continents.  We’ll be profiling some of this year’s satellite events (past and upcoming) every month on our blog, as well as the awesome OpenCon community members who are dedicating their time to making this happen.

“I’m an early career professor at Federal Institute of Sao Paulo. My interest in Open issues came 4 years ago when I started my Ph.D. in Open Data. Since then, the interaction with Open community brought a lot of opportunities to advance other Open areas such as Open Education. OpenCon was one of these opportunities! As a professor I encourage my students to think about Open causes and how they can change our lives through the power of collaboration. As a result, I have seen good projects showing up that make the community stronger.” 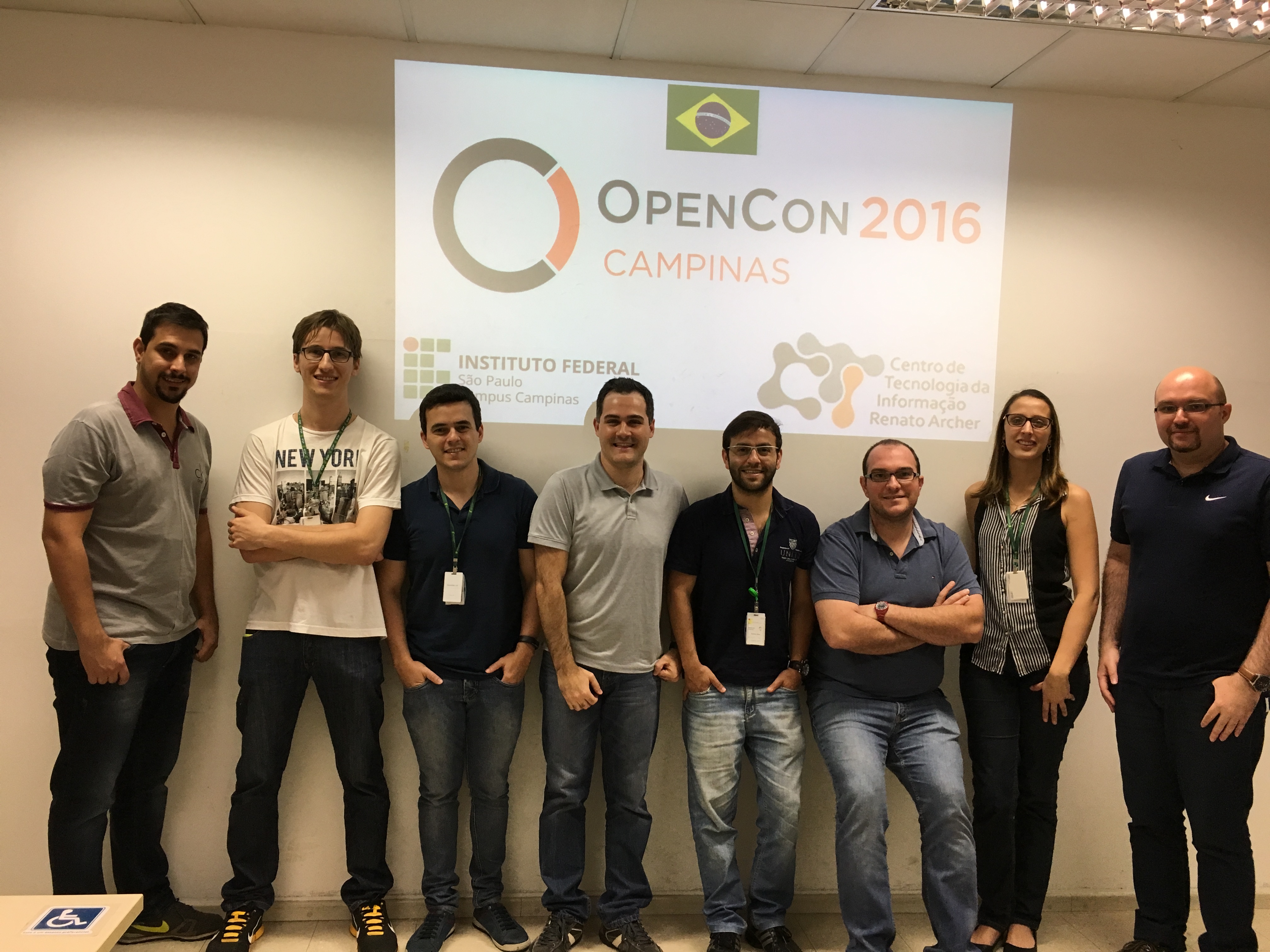 "OpenCon 2016 Campinas is our satellite event that takes place on October 21. We will run it before the main conference in combination with our National Science and Technology Week.  It will be a one-day event focused on Open Education. We have 9 confirmed speakers across a total of 12 activities including a keynote, seminars, workshops and panels exposure. In the early afternoon, we start the event with an informal and relaxed talk about fiction. In the following there are 2 sessions of 3 simultaneous activities each where attendees can choose to take part of. By the end of sessions there are panels exposure where students can show their in-progress works related to Open causes. We’ll start the evening with a keynote about Open Education with a specialist recognized by UNESCO. Afterwards, there is another session with 3 simultaneous activities. We close the event with the awarding of the best panels. OpenCon 2016 Campinas is an effort of a team with 11 people that started in early July. We also count on a number of students that will help on the day of the event. We expect over 200 participants to attend."

“I’m the Open Access Specialist at the Boston University Libraries in Boston, MA, USA. I first became interested in Open issues in library school, and I strongly believe that libraries have a vital role to play in the democratization of access to knowledge.” 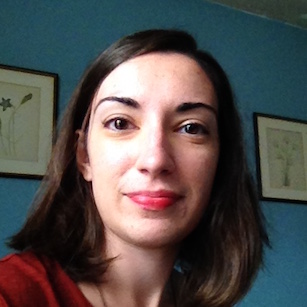 “OpenCon 2016 Boston takes as its theme “open in action” (also the theme of this year’s Open Access Week). The event will include a talk by a member of the project team from Open Data to Open Knowledge, Boston’s Knight Foundation-funded initiative to make open government data an accessible public resource; a discussion of information justice; and lightning talks on tools for and approaches to open research, including an introduction to ORCID, how to make your work available in an institutional repository, an open research case study, and an overview of open access mandates for grants.”

“I love to call myself a techprenuer: I am enthusiastic about technology and open source. I run a joke website while also developing for a software startup I co-founded. I am personally engaged with the open movement because I want to promote education in Africa, since the philosophy is about making sure everyone in the world has access to high quality educational experiences.” 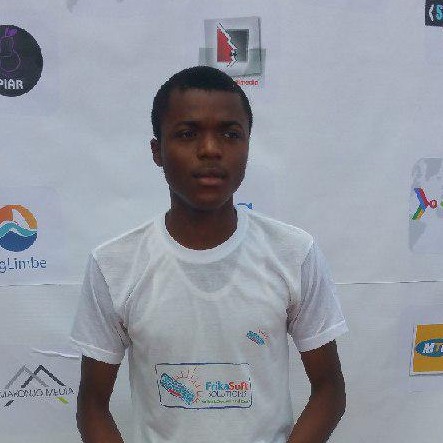 "This is the first time an OpenCon satellite event will be held in Bamenda, and the concepts behind the program are new to many people here. Because of this, OpenCon 2016 Bamenda will focus on introducing what Open Access, Open Education, Open Data and even Open Source is all about.  Our confirmed program so far includes a talk by Awa Kinason Mokom, who will be speaking about “What is Openness? (in technology)”, and we will also be holding a session on how to contribute to the Open movement."

“I’m a student from KIIT university (Mechanical Engineering) Bhubaneswar. I am a long term contributor to Wikipedia/Wikimedia movement and contributing to it from 2012 (When I was in Grade 10). During my journey in the Wikipedia movement I got to know about the Open source, Open Access, Open data and Open Knowledge movement and I started volunteering for it.  Lack of awareness about the movement in my province encouraged me to participate in the Open movement.  After attending OpenCon Kolkata, I started participating in this movement at a large level. Now, I am an ambassador to Open Access India and helping to spread awareness about the movement and forming Open Access India as a registered society.” 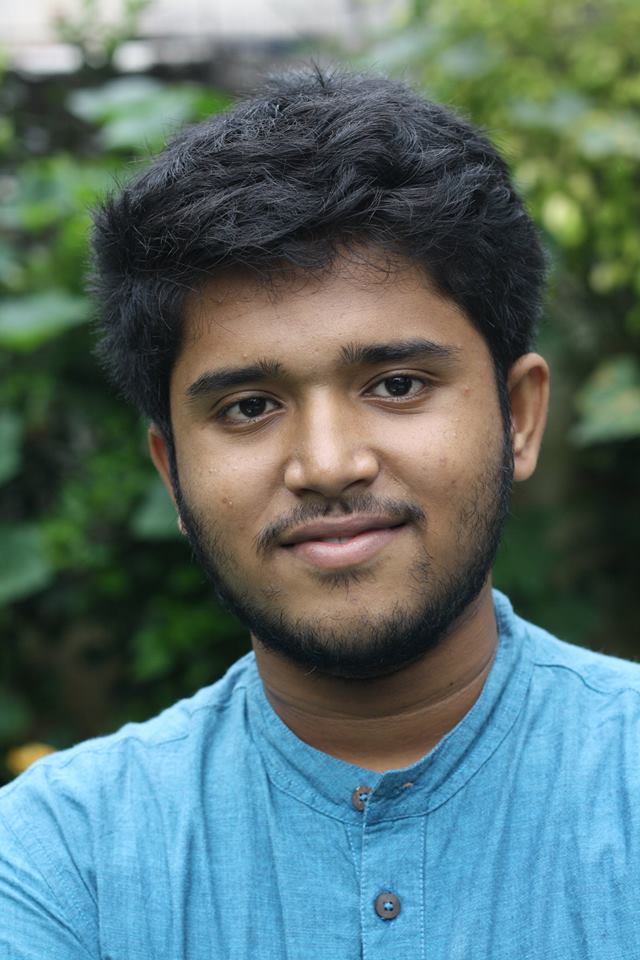 "The idea for OpenCon 2016 Chandigrah started when Malayalam Wikimedian Kavya Manohar planned to present a talk about Open Con during Wiki Conference India on August 6: a national conference for Wikimedians to discuss challenges and best practices for Wikimedia and the Open movement. Kavya is an Open source enthusiast from Kerela and she has done a lot of activity in Open Knowledge movement.  Our aim was to introduce the global Open Access movement to the Wikimedians.

16 people attended our event, which covered a number of topics, including: Open Access in India and why research and educational resources should be as open as possible, the role of Open Access in research discourse in Wikipedia, and the importance of - and process behind creating - Open Journals in Wikiversity.  Hashive (Wikimedia Bangladesh), a long term Wikipedia volunteer and administrator to Bengali Wikipedia and Open enthusiast from Bangladesh, spoke about the Open movement in Bangladesh and how they are planning to form Open Access chapter in Bangladesh and bringing some Government websites into CC license.  Maria (Wikimedia Foundation) spoke about the collaboration of Wikimedians and Open Access, the Open Access Editathon happening in collaboration with Wikipedia during Open Access Week, as well as the The Wikipedia Library, where Wikimedians and Open enthusiasts can work collaboratively.

After the event we shared these outcome with Sridhar, a convener of Open Access India. With the help of OAI we will run The Wikipedia Library, and 1Lib1ref project to help various Indic language Wikipedias." 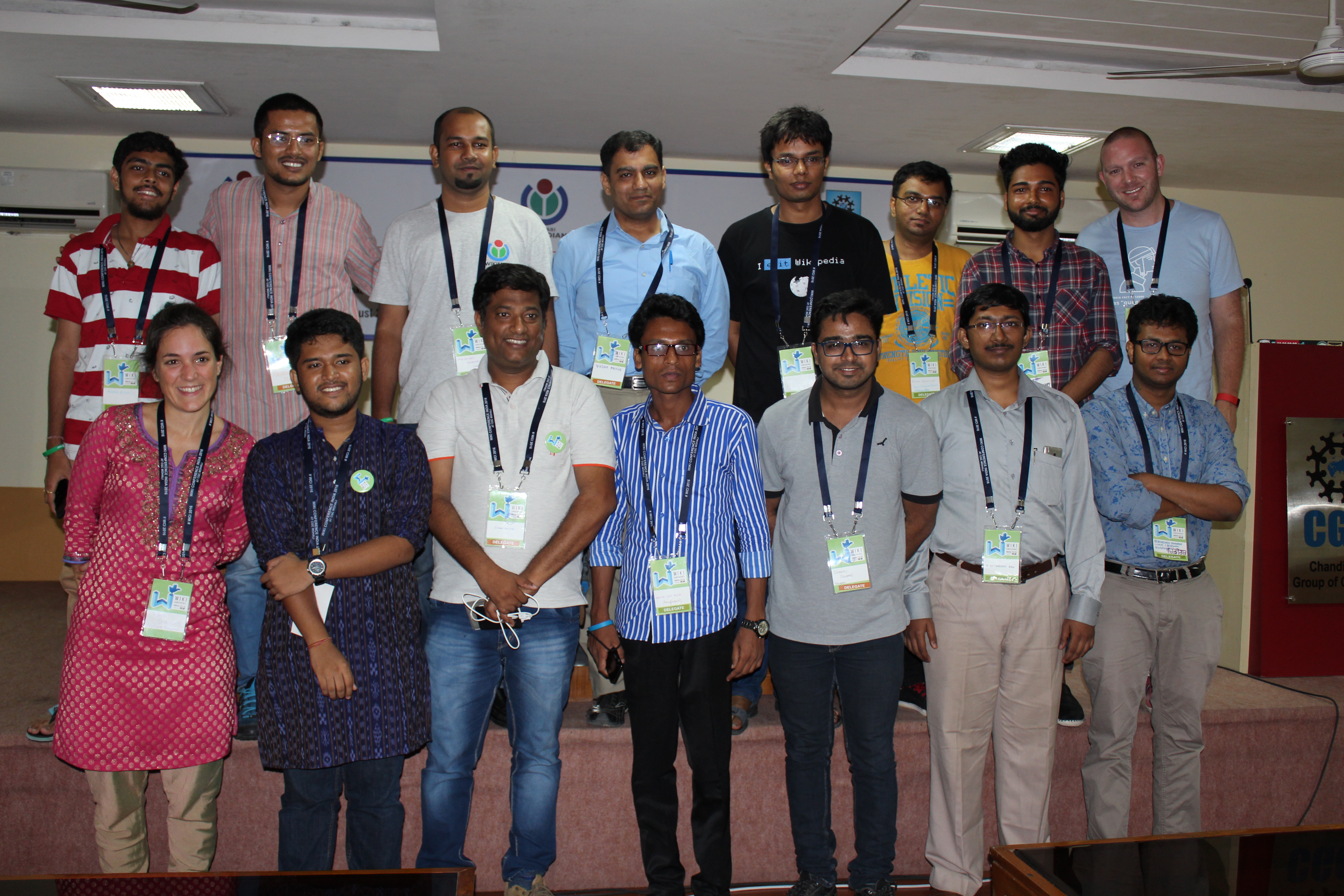 Don't see an event happening in your region? It's not too late to host an event yourself! Read more about what is involved with hosting an event here (register at the form of the bottom of the page if you're interested in hosting), and if you have any questions, don't hesitate to e-mail lorraine(at)sparcopen.org for more information.